Tomsk Polytechnic University, the oldest engineering higher school in the Asian part of Russia, was founded in 1896 as Tomsk Technological Institute of Emperor Nicholas II. For a long time it remained the only institution for higher engineering education beyond the Urals.

The academics and graduates of TPU were involved into land development around the Trans-Siberian railway. They also developed and strengthened the industrial sector in Siberia, the Far East and Soviet Central Asia. They greatly contributed into the development of petroleum industry, coal mining, machine engineering, space exploration, power generating and other industrial sectors of Russia. 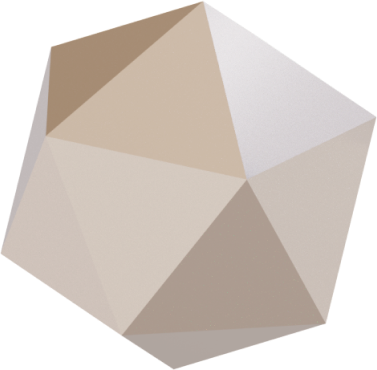 Throughout the TPU history, over 170,000 specialists were graduated from the university. Among TPU members and graduates there are 6 Heroes of the Soviet Union, over 50 Heroes of Socialist Labour, 30 winners of Lenin and State Prize and the laureates of the RF President and Government Prizes, over 80 members and associate members of the Russian Academy of Sciences as well as the Academy of Sciences of CIS countries, over 450 pioneer explorers of mineral resource deposits. TPU initiated and provided the establishment of over 20 institutions of higher education and research institutes. 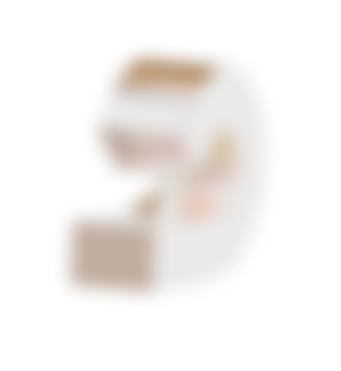 TPU contributes significantly into the social and economic development of Tomsk Region, Siberia and Russia 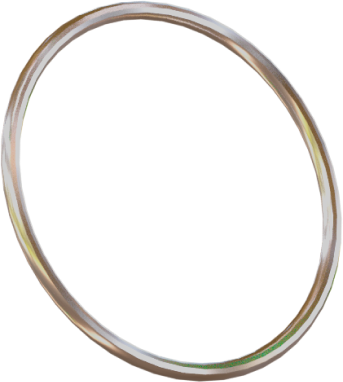 Since 2017, TPU engineers have been taking part in the Clean Water Program. They have developed and installed local water treatment plants in 127 countryside and rural areas of the Tomsk Region. These water treatment facilities provide the access to pure water for over 97,000 residents. 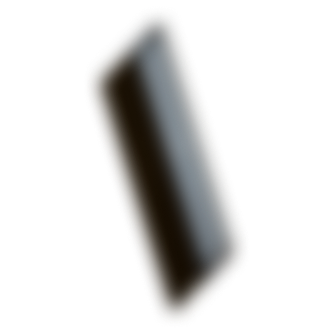 In the long run for 15 years, the Tomsk heat supply system was developed upon request of the Tomsk Region Administration. The research of TPU experts on public transport traffic provided the improvement and optimization of route networks in Tomsk.

TPU promotes successful partnership and business collaboration with the companies of various economic and industrial sectors. Upon request of Tomsk businesses and local authorities, TPU provides R&D of over 200 million rubles every year. 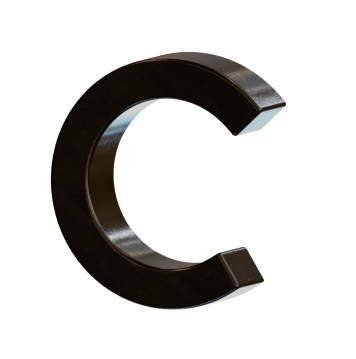 Development of a solar power plant that produces 40 percent more energy than the standard one. The station includes an electric drive, due to which the solar panel automatically changes its position following the sun at an optimal angle and produces energy even in cloudy weather. This feature ensures up to 40 percent more energy as compared to a traditional stationary solar system, which receives optimal sunlight for just a few hours a day. The system can be controlled automatically - remotely via the Internet. Owing to separate power sources, the station is completely self-sufficient, and it can also withstand wind gusts of up to 40 meters per second. Such power plants are particularly relevant in hard-to-reach areas or places of unwanted use of other methods of obtaining energy, for instance, in nature reserves, ecotourism areas.

With the Siberian Chemical Combine (SCC)

Development of an intelligent differential pressure sensor with improved metrological and performance characteristics for commercial development of a complex of new instruments for strategic industries of the Russian Federation.

Preclinical studies of a radiopharmaceutical agent based on the technetium-labeled glucose for detection of breast cancer and other types of malignant tumors have been carried out. The agent will compete with the method of Positron Emission Tomography (PET) and will reduce the cost of examining cancer patients - technetium-based research is 10-20 times cheaper. According to tests, the agent is absolutely non-toxic, no complications occur during the examinations involving the use of technetium, it is excreted renally and accumulates in malignant cells. In addition, the developed radiopharmaceutical agent does not normally accumulate in the brain, so it can be used to detect malignant neoplasms within this localization.

Development of technologies of searching for and production of hard-to-recover oil reserves in sediments of the pre-Jurassic period (Paleozoy project).

Technical development and maintenance of the enterprise's geographic information system.

A solid fuel gasification project is being implemented. At the industrial site of Tomsk CHP-3, unparalleled in Russia, experimental samples of gas generating plants for converting low-grade coal, agricultural and woodworking waste into an environmentally friendly energy source have been created. 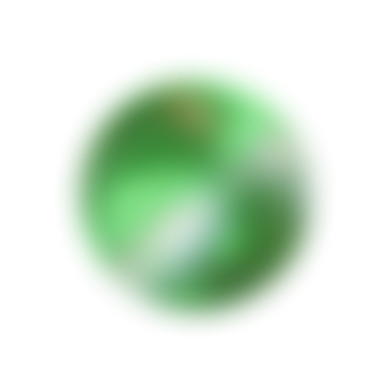 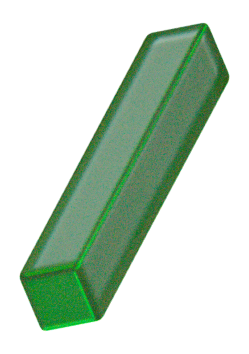 Annually 400-500 TPU full-time graduates (about 50%) go to work at the enterprises and organizations of the Tomsk Region. About 1,500 people undergo professional retraining and advanced training at the university.

The TPU innovation belt includes more than 50 small innovative enterprises (SIEs). In 2014-2019, the scope of works and services performed by SIE TPU amounted to over 1 billion rubles. 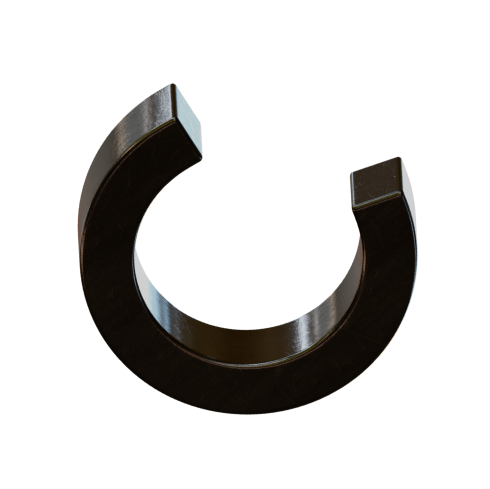 The operational administration of TPU consists of 300 objects with a total area of 340,000 m², including 29 educational and scientific laboratory buildings, 15 residence halls, a nuclear research reactor, a scientific and technical library, an international cultural center, a healthcare center, kindergartens, recreation centers, a swimming pool, the Polytechnic stadium, a geological training base in Khakassia and other objects. The TPU campus is the best in Russia according to the results of the competition of the Ministry of Education and Science of the Russian Federation.

The TPU Lyceum is the only municipal educational institution in Tomsk that works in the university area and joins the TOP-10 best schools in Russia. 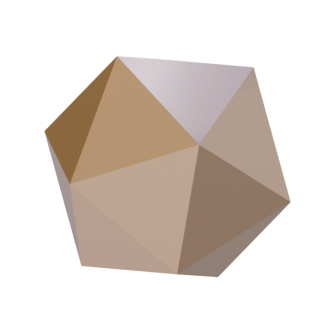 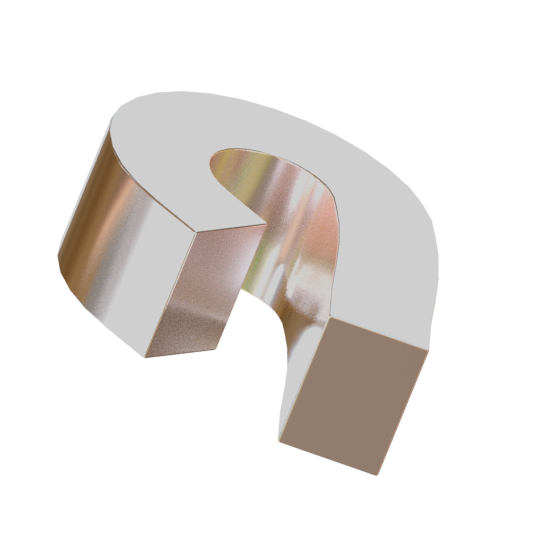 Developments by Scientists and Alumni of TPU for Russia

Turbine drilling has become the basic method of oil and gas wells drilling thanks to Matvey Kapelyushnikov, a TPU graduate. In 1922, he invented the world’s first turbodrill. It was a hydraulic downhole motor for drilling and allowed rotating not all pipes in the well but the drilling tool itself. It led to extraordinary energy savings.

Mikhail Usov is a graduate of TPU, geologist, academician, outstanding explorer of Siberian resources, the founder of the theory on geologic formations and the theory on formations of magmatic rocks. In the early twentieth century, he was actively engaged in exploration. He conducted geological exploration in Siberia, contiguous areas of China and Mongolia, carried out examinations of some goldfields (Kuznetsk Alatau Nature Reserve, Altai Republic, Transbailkal), studied geological aspects of Kuznetsk coal areas. He also generated a map of Telbes mine and explored mines of Gornaya Shoriya.

In 1927, Professor Alexander Kvasnikov together with his students designed the first Siberian aircraft Avietta. It was the first aircraft with a domestic engine. Earlier, foreign-manufactured engines were used. The Siberian aircraft was a two-seater monoplane with bottom-mounted wings and upper supporting struts. Pinewood, plywood, percale, dope, varnish are the basic construction materials of the wings and fuselage. Small attaching parts were made of steel. The whole university collected funds for the construction of the aircraft. For example, it organized a charity masquerade ball.

In 1928, a student Alexey Vvedenskiy created the first tractor gas generator in the USSR. The gas generator plant allowed cars and tractors to run on gas produced from woodchips. This invention played a huge role during World War II when Siberia appeared to be cut off from the oil sources of the Caucasus, and local deposits hadn’t yet been discovered.

In 1934, a university research fellow Konstantin Shmargunov developed a jackhammer. The development of Shmargunov revolutionized the coal industry, having overleaped the performance of a pneumatic hammer. At the same time, it reduced the cost of energy consumed by ten folds.

A TPU graduate Nikolai Kamov, a Soviet aerospace engineer, constructor of Ka series helicopters. In 1940, he became a chief engineer of the Helicopter Experimental Design Bureau that later was named Kamov Design Bureau. It was due to Kamov, that the Russian language gained the word “vertolet”. Under supervision of Kamov, Ka-8 (1948), Ka-10 (1953), Ka-15 (1956) and many helicopters were constructed. In 2002, a postage stamp in honor of Kamov was issued in Russia. In 2019, Tomsk Bogashevo Airport was named after him.

In 1947, the first domestic high-current betatron was created at TPU. It is the smallest particle accelerator that generates fluorescent X-rays. The betatrons glorified Tomsk Polytechnic University. Now betatrons are constantly being upgraded, and TPU supplies them to various countries. They help to survey cargo at the border of Malaysia and Singapore, check the quality of aircraft engine parts, ensure safety at Sochi airport, treat cancer.

In 1951, under the guidance of a TPU graduate Mikhail Mil, the first serial three-seater helicopter in the USSR, Mi-1, was created.

"paragraph": "A TPU graduate Nikolay Nikitin is a Soviet architect and scientist. He ran the project of Ostankino tower that became the highest concrete construction in the world at that time. Over the years, Nikolay Nikitin ran the projects of the Palace of the Soviets, the main building of Lomonosov Moscow State University, Grand Sports Arena of the Luzhniki Olympic Complex (Moscow, Russia), the Mother Calls monument (Volgograd, Russia) and the Palace of Culture and Science (Warsaw, Poland).

In 1972, a nanosecond accelerator was created under the guidance of a graduate Yuri Usov. The creation of powerful microwave generators using high-current relativistic electron beams became one of the first problems addressed at this accelerator.

In the 1990s, a TPU graduate Gennadiy Khandorin designed and developed an industrial technology for converting highly enriched uranium from nuclear weapons to low enriched uranium for atomic power engineering.

Tomsk Polytechnic University ranks the highest positions in prestigious international and Russian rankings. Practical development and theoretical research of TPU scientists contribute to the development of the global science in ecological energy, space, nuclear technologies for medicine, big data, robotics and other fields.